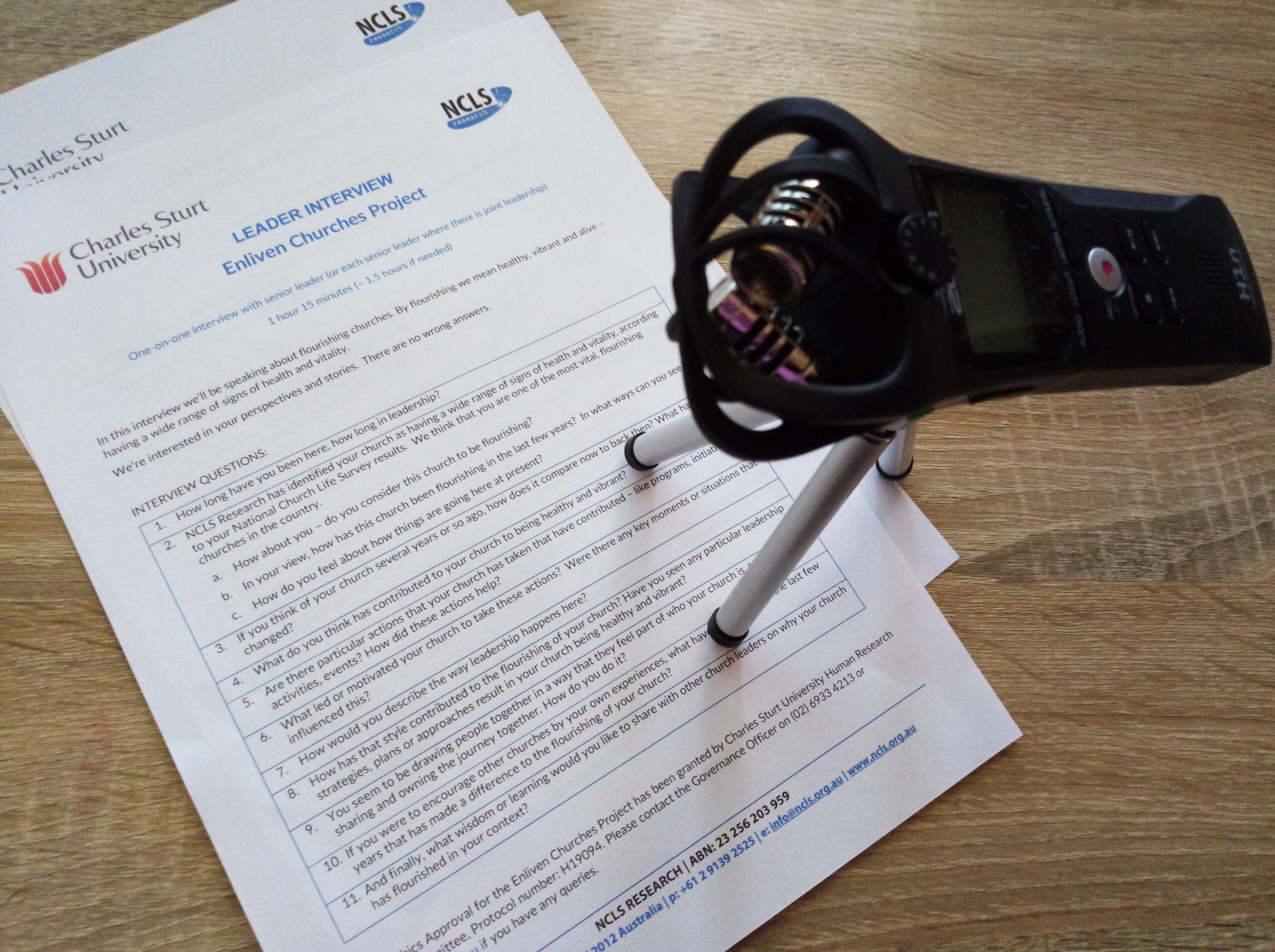 Building on 25 years of quantitative analysis via the National Church Life Survey, the largest longitudinal study of church life in the world, NCLS Research identified strong churches on a variety of measures of vitality, including:

Churches were also growing in size by more than the average rate.

A selection of churches from a diversity of denominations, states and contexts (including urban, regional and rural churches) served as case studies, to explore how churches become and remain vital. Each church was engaged in a semi-structured interview process:

Interview and discussion group data was analysed to identify practices and approaches that foster vitality.

An online survey was conducted with other vital churches to expand on and illustrate the findings from the case study component of the research. The survey will also enable stories to be shared from a larger number of churches.

How were churches chosen for the qualitative data collection and analysis?